It's o-so-close.  Can't you feel the breeze coming off the bay, the salt water in the air, the anticipation, the smell of costplay, the crazies running wild in the streets, the bars overflowing with Spiderman costumes, Living Dead Zombies dropping limbs and drool?  I can.  It's that time again.  It's equivalent to Christmas Morning.  Not just for the fans but also the Companies.  We've been working on these exclusives since the latter part of last year and now it's time to unveil all of our hard work.  We're hoping that you guys are loving what we're bringing because we are loving it.

The TransFORMERS.  Why Former?  Beacuse they are the Ghost Seekers.  Both here nor there but equally as deadly, equally as formidable.  Thrust, Ramjet and Dirge blend seemelessly amongst the living and between the space where it's hard to see much of anything.  Blaster Cannons poised to fire at will from an unseeable foe.

We have 500 Sets available and we will launch our online sale at the same time as the 11a Signing featuring Designer Les Schettkoe , Friday July 25th at the TLS Booth #5645.  Be there or be square, or be invisible and be a formidable foe like these delicious clear Ghost Conehead Seekers.  See all of you who will be there and for those who won't we have your backs online =)

Under License from Hasbro, Inc. 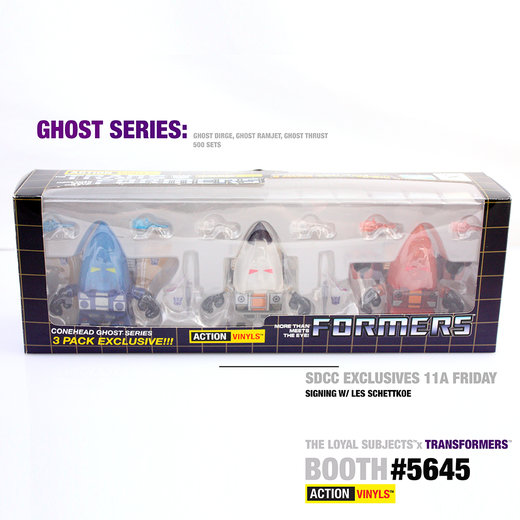 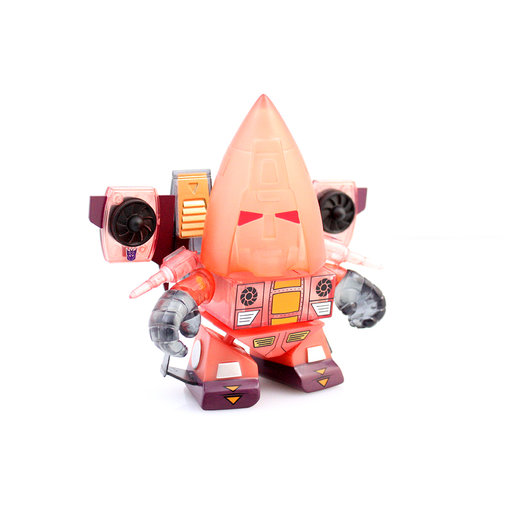 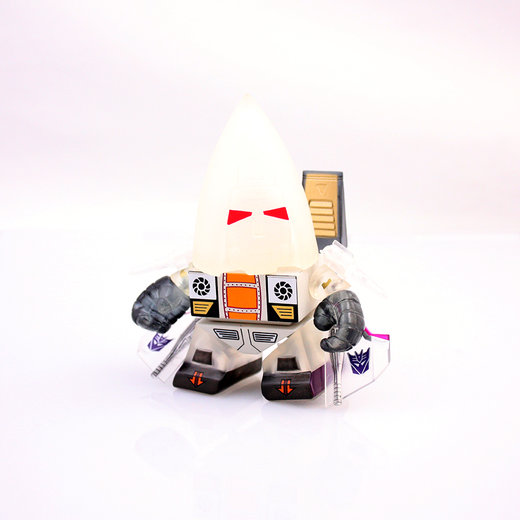