MIGHTY MORPHIN POWER RANGERS (VILLAINS THREE PACK “CRYSTAL EDITION”) – And where there’s Heroes there’s Villains!  A double whammy!  Now you CAN complete the WHOLE “Crystal Edition” set with the MMPR Villains “Crystal Edition” 3pack set ONLY available through Hastings!  Shut the door, game over – the set is now complete and is an epic ending for the completionsists following the “Crystal Edition” MMPR Action Vinyls release(s).  Each Action Vinyl comes with their signature accessory(s), boasts multiple points of articulation, a magnificent “crystal” translucent treatment – AND Rita Repulsa has castors under her body…she really can float!  Don’t miss out!  While supplies last and EXCLUSIVE to Hastings/www.gohastings.com! 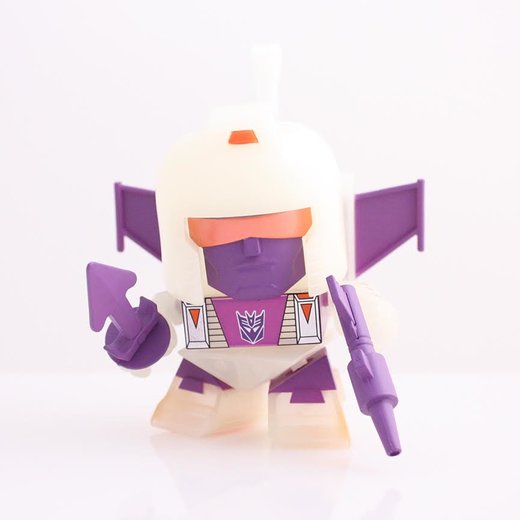 GID BLITZWING – Ever seen a robot transform into a jet and then a tank?  Me neither; until now.  Blitzwing, one of the most fierce and dreaded Decepticons, packed with ferocious firepower and ardent foe on the battlefront.  This triple changing Decepticon is not only Glow In The Dark (GID) with some of the most potent glow components out there, he also has a rotating turret, 10 points of articulation, a retractable cannon barrel, an energon blaster and energon sword.  This dude is fierce!  Standing a cool 3.4” tall and packaged on a blister card with bio and stats on the back!  One for the books as far as collectors go.  Do not sleep on picking up this limited edition Action Vinyl.  While supplies last and EXCLUSIVE to Hastings/www.gohastings.com! 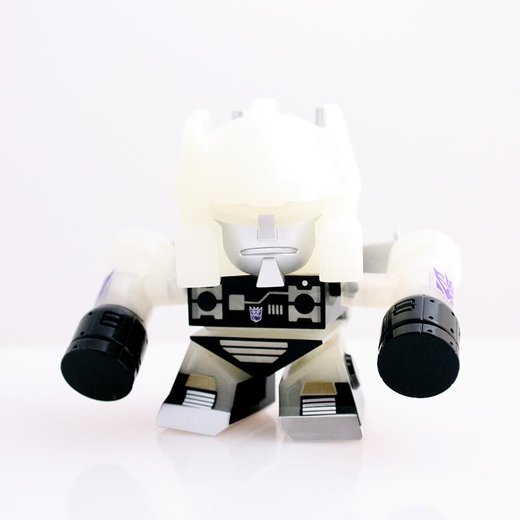 GID RUMBLE – One of Soundwave’s tapes, this Decepticon disruptor may be small for his size but packs a potent punch.  His power?  Making earthquakes, what else?!  Wow, that is some tremble in those leadened hammers!  Rumble, the brother of Frenzy, has a temper like none other and rarely seen in the GID format.  He has all of his Cybertronian powers in full force.  This limited edition collectible has 8 points of articulation and includes extruding pistons when you push in his shoulders!  Packaged on a blister card with bio and stats on the back.
Do not sleep on picking up this limited edition Action Vinyl.  While supplies last and EXCLUSIVE to Hastings/www.gohastings.com! 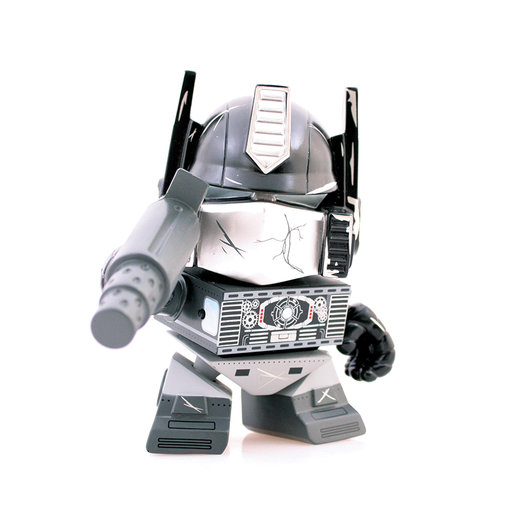 DEAD OPTIMUS PRIME – Unfortunate death is a part of life but fortunate all great souls find their way back to their origins and especially great and heroic leaders like Optimus Prime who’s soul lives on in the Autobot resistance.  This epic and detailed rendition of Optimus Prime is taken from the animated movie where alas, Prime’s spark exists.  His beautiful red and blue coloring turns to grey and black.  Prime’s powerful voice is still in tact for this 5.5” Action Vinyl.  Included are his energon blaster, his energon axe and 3 three-second sound bites declaring his namesake and his position on defending the Autobot agenda.  Most notable is the detailed deco on Prime’s chest, which showcase the inner workings, and of course, his dimming all spark.  The 8” version sold out in record time so don’t sleep on your chance to pick up the 5.5” edition with 9 points of articulation.  While supplies last and EXCLUSIVE to Hastings/www.gohastings.com! 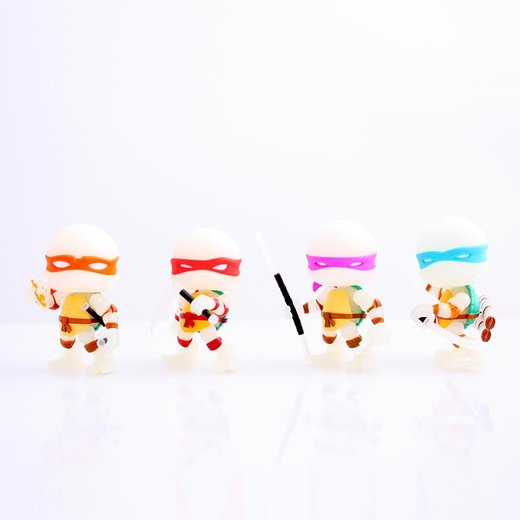 TMNT GID PACK – “Heroes in a half shell!”  We all know the epic story as created by Eastman and Laird – Turtles from a lab escape to the sewer where they are raised by an equally radioactive mutated rat who turns these young turtle halflings into crime fighting heroes and stealth like ninjas!  So to celebrate this epic tale, Hastings has the EXCLUSIVE 4pack GID TMNT Heroes pack including Raphael, Michelangelo, Donatello and Leonardo.  All equipped with their signature weapons, and Mikey’s pizza glows in the dark too!  As Mikey would say, “Radical”!!  The 4packs have been some of the most successful TMNT Exclusive items so do not sleep on these!  Each Action Vinyl comes with 9 points of articulation!  While supplies last and EXCLUSIVE to Hastings/www.gohastings.com! 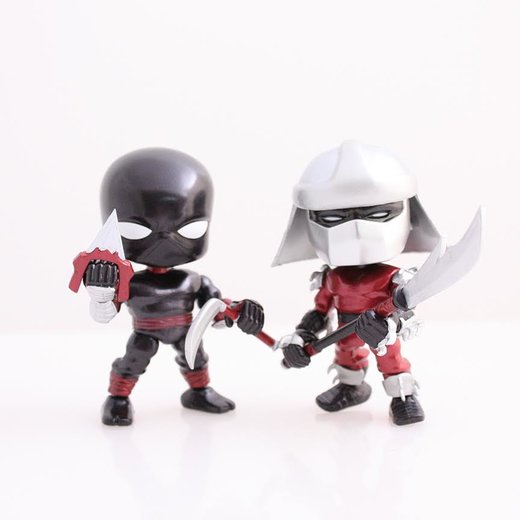 METALLIC SHREDDER AND BLACK FOOTCLAN SOLDIER – People have copped leaks of the Metallic Turtles.  Well, here are the Villains and they are M E T A L L I C !  Sweet, candy coat like metallic paint jobs make Shredder and his dreaded Footclan that much more dastardly.  These Action Vinyls have 10 points of articulation, come packed as a 2pack set and include their signature weapons.  These are so pretty you might just have to buy two, one to display and one to keep sealed for a long time!  AND Exclusive to Hastings!  While supplies last and EXCLUSIVE to Hastings/www.gohastings.com! 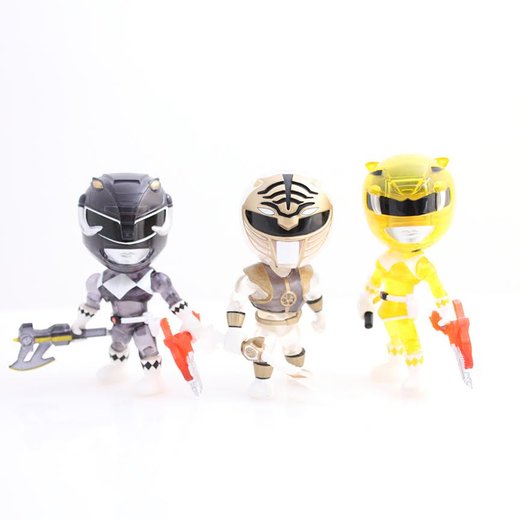 MIGHTY MORPHIN POWER RANGERS (HEROES THREE PACK “CRYSTAL EDITION”) – We know the hunt for the “Crystal Edition” Rangers has been something fierce.  The Green Ranger exclusive to Toy Tokyo and the Pink, Red, and Blue Rangers SDCC Exclusives through The Loyal Subjects.  That being said, for all you completionists and everyone who had been asking for the White, Yellow and Black “Crystal Edition” Rangers, guess what?  Hastings has them in a Three Pack!  The Black Ranger has been one of the most sought after, same with the White Ranger – Do Not miss this opportunity to complete your Heroes “Crystal Edition” set!   Each Action Vinyl has a beautiful “crystal” like translucent treatment, multiple accessories, removable helmets and 10 points of articulation!  This set is epic and ONLY available through Hastings.  While supplies last and EXCLUSIVE to Hastings/www.gohastings.com!