Them Dragons are flying!  It's absolutely amazing seeing the TLS Army's support of the HTTYD TLS Action Vinyls Line!  If ever there was a labor of love it's Dragons.  We went through several conceptual iterations which took almost 2 years!  These were very intricate, detailed collectibles and we really were aiming for the sky.  Our first concept included sounds, LED effects but proved to be out of reach if we were to bring those ideas to market - just think, a Dragon that cost $60.00!!  Too much.  We had to retool but keep all those nuances in tact.  It's been a long road but we finally got there and at an affordable, attainable price!  Our main focus was on story and relationships.  Our aim was to cultivate the relationships the Dragons had with their Riders and the Riders with each other.  We spent a bazillion hours painstakingly going over each expression, each element of articulaton, all the poseable gestural story telling elements and making sure those stories transmitted through the Action Vinyls in an endearing and genuine way.   We wanted to capture that close relationship between Toothless and Hiccup (almost a boy and his dog), also build the tepid yet potentially flirtatious relationship between Astrid and Hiccup.  We carried these themes across to Fishlegs and Meatlug - we wanted these bonds to soak through the Action Vinyls!  Being Action Vinyls we wanted to wow with the articulation, the nuances, the features - including a tight fitting helmet for Hiccup and a place to hang Hiccup's sword handle when the flame wasn't ignited (along the insert on the side of his hip).  Our goal was to walk you through the storylines and scenes incorporating Toothless' prosthetic tail and how that relationship formed at a cost, including Hiccup's prosthetic foot.  The variants come alive as the characters move through scenes in the Film, like the racing stripes versions during the sheep "basketball" tournament!  Also incorporating their environment by introduding flocked fur and snow deco - brrrr!  Our next goal was to show off the Dragons line through the packaging.  We thought an action figure like blister card for the Humans would pair well with a window box for the Dragons.  We included assortment packouts which boasted 1/24, 1/48 and 1/96 chase elements, as well as Club 28 figures (Alpha Mode Toothless and the Snow Editions) AND a Hiccup Gold piece!   Dragons holds a ton of magic and the magic is in the rich story Dreamworks created.  We hope our Action Vinyls brings a piece of that story to life and puts you back into the sandbox!  Available at Hot Topic NOW, and coming to Toys R us soon!  Collectors say it's a hit!  See what everyone is talking about!  Very Limited Quantities were made.  Don't sleep on these guys. 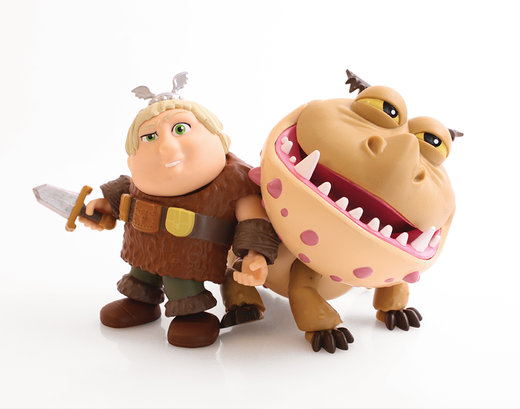 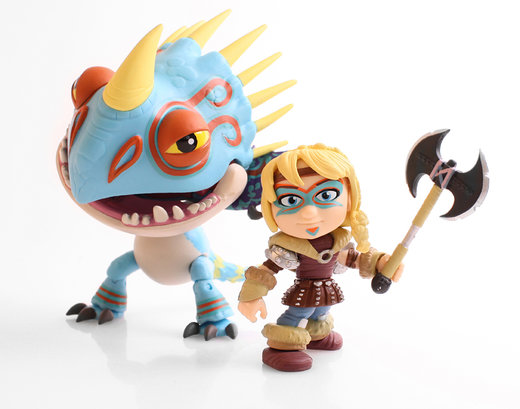 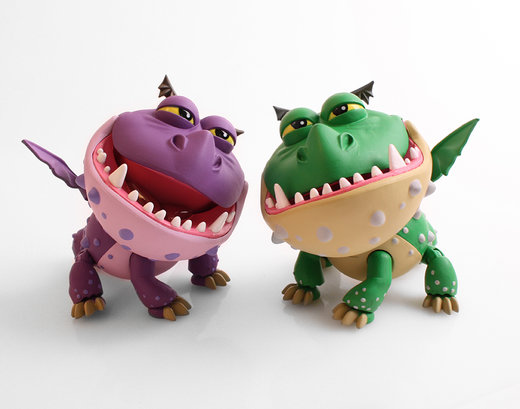 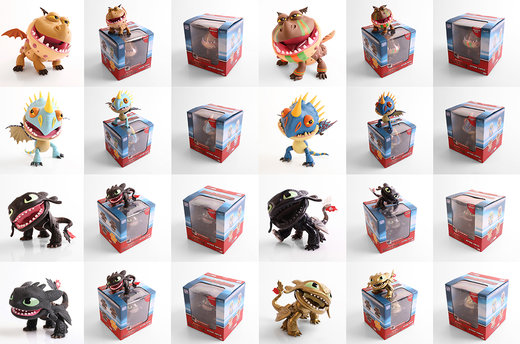 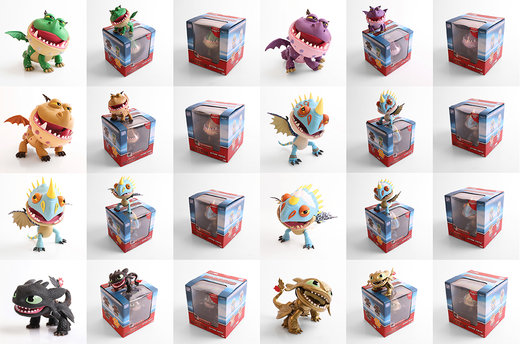 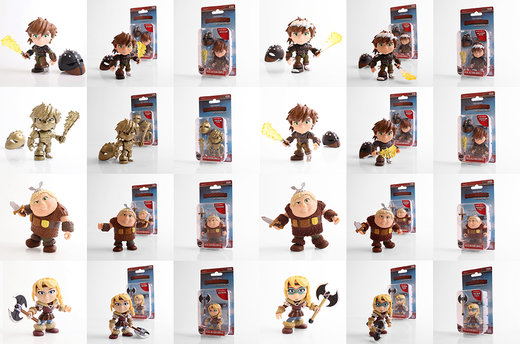 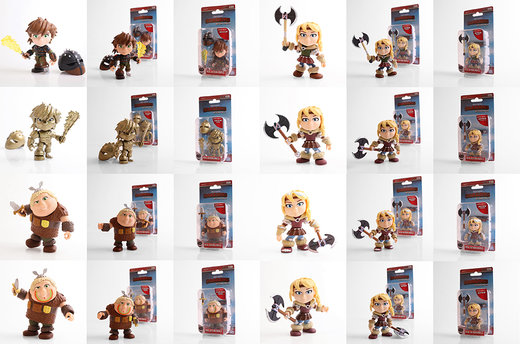