Hitting the Highway singing My Little Pony tunes from long ago memories; Saturday Morning cartoons - swirls of pink, glitter, girls taking small toy hair brushes to the manes and tales of these adorable Ponies, setting up the Ponies for Tea or social activities - you know the one!  That infectious song!  "My Little Pony!  My Little Pony! I comb and brush her hair!"  Or, is it the Eagles I'm thinking of?  The top down, a little Hotel California, cool wind in my hair, duelling solos from Walsh and Felder?  Yeah, the life of a toy maker/rock n roller.  Like Santa Claus with a Les Paul.  The worlds blend - is it Pony tunes or is it Joe Walsh shredding a guitar solo?  I don't know anymore.  I'm sure it's both!  Truth betold, when designing the Ponies we sort of ran around the office punch drunk with pastels singing the Pony song.  Trust me, transcends into the ideation and creation of the Pony Universe!  Think "The Secret" but for transmitting useful creative energies to 60 My Little Pony character skus!  It works, don't you think?  Didn't we nail it?  Are we not contributing to the time capsule of amazing childhood memories where the only wardrobe choice you had were Oshkosh (be-gosh) Over-Alls?  The Loyal Subjects "My Little Pony" Action Vinyls are the keys to the time machine.  Grab a Pony and jump on in, just like Bill and Ted's in a spectacular, tubular ye olde phone booth hanging with So-Crates listening to Yngwie Malmsteen blow minds with Aeolian sweeps as you worm your way through the fabric of time, sitting smack dab 20 years in the past on some shag carpet in your parents living room (don't touch the furniture, by the way), roll playing with the neighborhood kids; "Whose Pony likes Earl Gray" (versus Camomile).  Now I think of it, I'm sure this time machine is nothing like Bill & Teds, more like Madonna & Debbie (Harry), your "real" time travel spirit guides, plunging you through the lens of ballet lessons, dance recittals and puppy shopping!  My Little Pony was always on the otherside of that "Hey Mom, I got Straight A's!  What's my reward?!" rainbow!  And here we are, decades later.  TLS brings the flood gates of nail polish parties and Pony Stable memories back full circle, giving you a second chance, touching just the edge of the fabric of time, past.  And it feels so great!  We're in the sandbox, the weight of the world lifts like a gravitationless planet, warm memories flood in like falls in Tulum....ah, childhood bliss!   And we brought it!  Fully articulated!  G1 delightness, spilling out from the dimensional tears in the fabric of time with your favorite characters; Firefly, Applejack, Minty, Princess Sparkle, Glory and Sundance!  We have Clear Glitter treatments, Flocked treatments, GID treatments, Pearlescent paint treatments - these Ponies pack a nostalgic punch with beautiful deco, great sculpt details and tons of articulated fun for hours of story telling!  Don't miss out on The Loyal Subjects Action Vinyls My Little Pony Collectibles!  These are one for the ages!  And then some!  So, all you 80's kids, get back on those big wheels, throw dirt clods at the street lights and sing in whole hearted adult voices to the top of your lungs - "MY LITTLE PONY!  MY LITTLE PONY!  I COMB AND BRUSH HER HAIR!"  You're a better person for it.  Don't forget to visit Toys R Us, Hot Topic, Box Lunch and Game Stop to pick up these bucking beauties!  Also, watch for a great Black Friday deal - a total steal!  Across three different Pony packouts - you don't want to miss this!  - Signing off, your Captain. 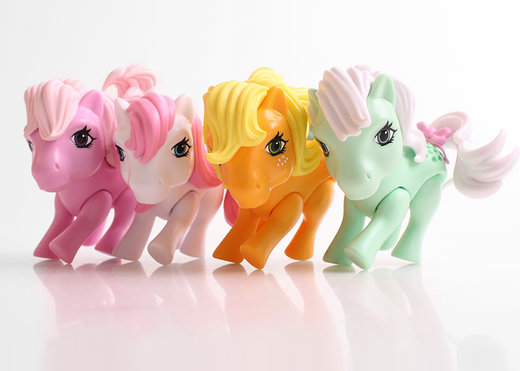 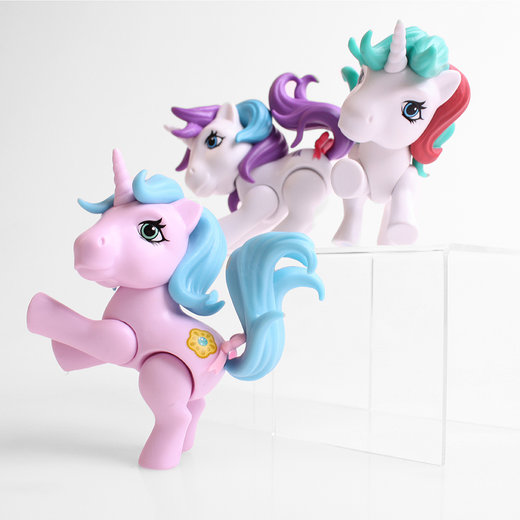 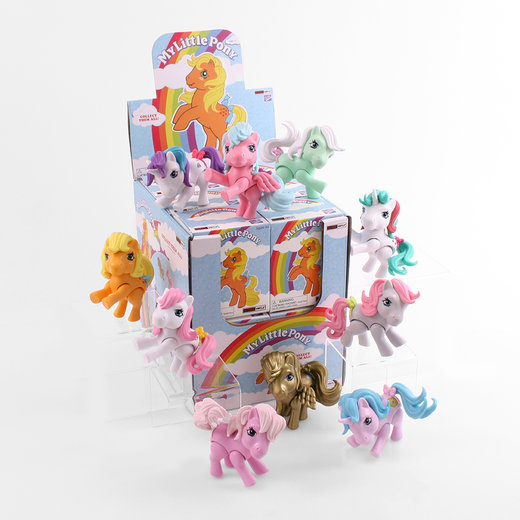