Providence, R.I. - we're coming for you!  In a big way and we're bringing heat!  We are proud to announce the drop for our exclusive with famed retailer Newbury Comics, and the TLS x Newbury Comics EXCLUSIVE Edition of the Strascream x Cobra Commander 2 pack set!  Only 1000 made!  The set is cool in price - around $28.00 (confirm with Newbury Comics).  It includes the Transformers x G.I. Joe mash up packaging.  Only Hasbro has pulled off this dastardly and delicious mash-up to date.  Also, Cobra Commander comes with his gold plated Stun Gun (not real gold but it's still shiny).  This is a rare set for those Joe and Transformers fans so don't sleep!

Series Designer Les Schettkoe will be on hand to sign and meet the TLS Transformers and G.I. Joe fans.  TLS and Les will be at the Newbury Comics in Providence, Rhode Island - 74 Providence Place, Providence Rhode Island - from 2p-5:30p.  Raffles, give-aways, refreshments, tees, 2packs and more will all be on hand!  The great people at Hasbro have pulled some choice pieces to give away, so don't miss out!  This is Christmas early!  Providence also happens to be the home base of Hasbro.  This is a Transformers and G.I. Joe fan's dream come true so let's party!  See you there =) 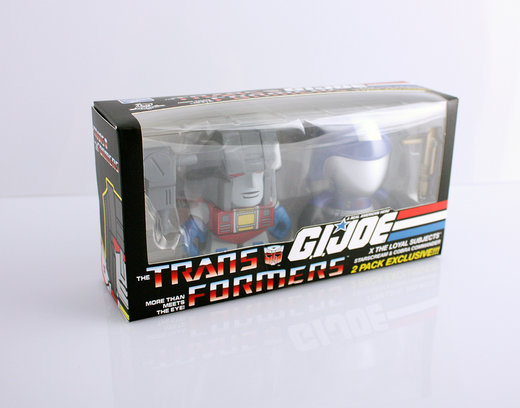 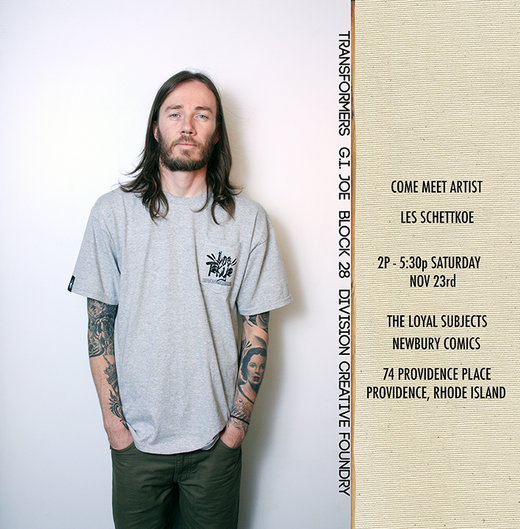