Happy Friday!  This week we've got a TLS collector whom many already know and love, Robert Strawder!  Rob's truly a unique character, and a person who TLS will always consider one of our own.  We would certainly be pressed to find anyone else who can rock geek swagger harder than Rob does.  Our friend has it down pat, and makes being fly look easy.  He's also got a true passion for collecting, and knows his nerd-canon through and through.  We can ramble on about how awesome this fella is, but let's hear what he had say...

ROBERT: I survied a house fire 4 years ago, and lost all of my belonging, suffered 3rd degree burns on over 70% of my body, went through a coma and was in the hospital for months.  I was using blind boxes as anti-depressants, TLS was one of the things that helped pull me out my depression cycle. 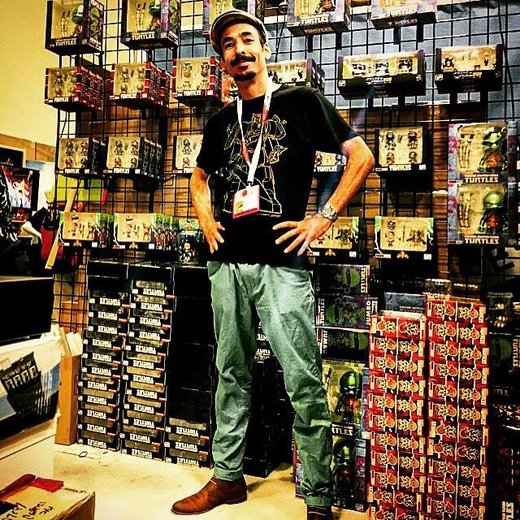 ROB: I entered the world as an extension of the nostalgia--reconnecting with things that made me happy as a kid.  As an adult, the Star Wars re-releases from 1997 were my entry level pieces.  I went and got All Terrain Attack Transport figure, which totally sparked the fire to continue collecting all things that brought me joy.  Instead of just getting action figs—I grew up to more stylized vinyl & things of that sort over time.  I also was really into playing table-top mini game too, so any tiny and collectible makes me happy.

ROB: Not a childhood birthday, but my frist birthday right after the fire.  My friends and I held a huge nerf battle at McClaran park in San Francisco.  I had 20-25 friends all playing zombies vs. humans, and it was awesome.  I may have been turning 36, but it was by far my best birthday memory.  It was the first time that my friends saw me in smiling with high spirits in a long time, and they knew that I was gonna be ok. 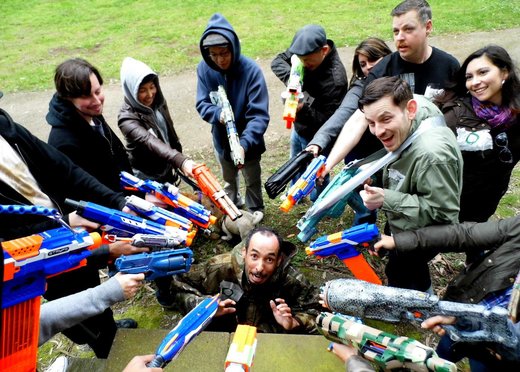 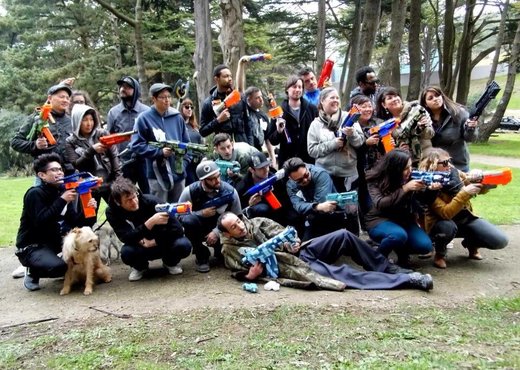 ROB: Christmas for 5 year old me!  That ATAT figure from Star Wars that I mentioned earlier.  I'll never forget it.  My bro got the millennium falcon, and I guess I realized that I was the evil one—I was Scar, and my brother was Mufasa.  I rememebr tearing that package open, and the figure was nearly half my size.  It had this feature where you could put hand through body and move it around like a fun puppet.  ATAT driver also an amazing design.  Truly a dope piece. 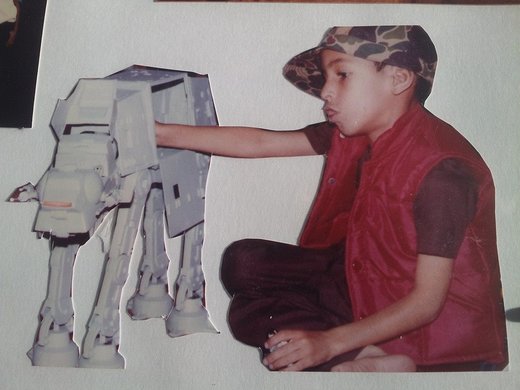 ROB: #GeekOnFleek--I coined this haha!  The idea behind it was that we can still be geeky, and we can still look good.  I can wear a suit, and you can best be sure that I’ll find a way to rep my alligience with the geeks.  Also, whatever city I’m in--people always ask me whaere I got my TLS shirts. 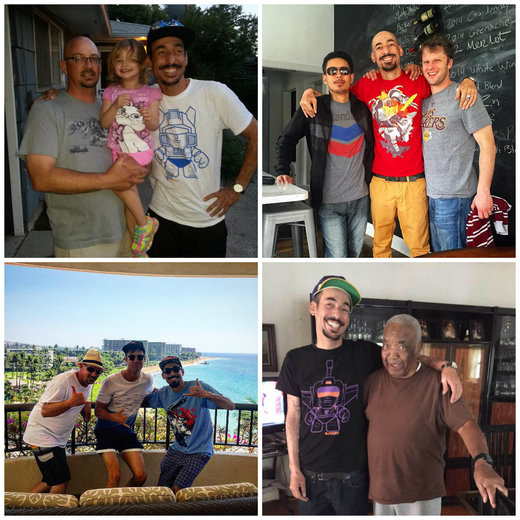 ROB: GI Joe Rattler!  I was scrounging for money wherever I could get it.  Every Friday I’d get a $5 allowance from my mom, and she would take me and brother to Toys "R" Us.  For two months I held out from buying anything--saving up $40.00 in total.  My mom took notice, and helped me pay for the rest.  There were a lot of life lessons learned that day. 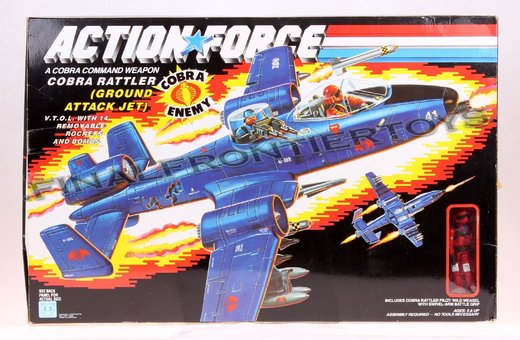 ROB: Optimus prime has heart, and what matters most on the court is the matrix prime.  Even with the height advantage--Optimus would still dunk over Megazord! 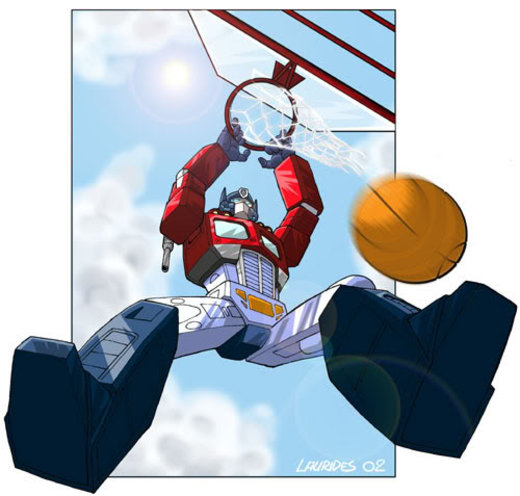 ROB: FireFly from GI Joe, who's also a villain--there must be a pattern.  I still have my FireFly original toy, and definitely bought the 25th edition figure.  I’m obviously looking out for the TLS FireFly in the upcoming GI Joe Wave 2.  FireFly's awesome because in a world of black and white—he’s Boba Fett for the GI Joe Universe.  He follows his own code, and his code is about being the best.  And he’s got the coolest gadgets & weapons. 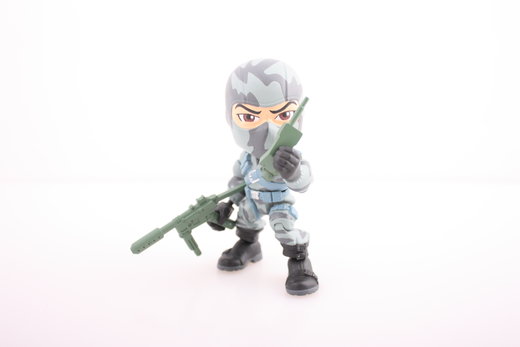 ROB: Geek Debates.  Engaging with other people and the culture, like "maybe batman shouldn’t be shooting people," etc.  I’m the baby of the family, and all we did growing up was discuss all things characters and comics.  We drew together, and loved diving into their respective universes.  Just discussing the canon.  I geek out product-wise over Star Wars stuff without a doubt too. 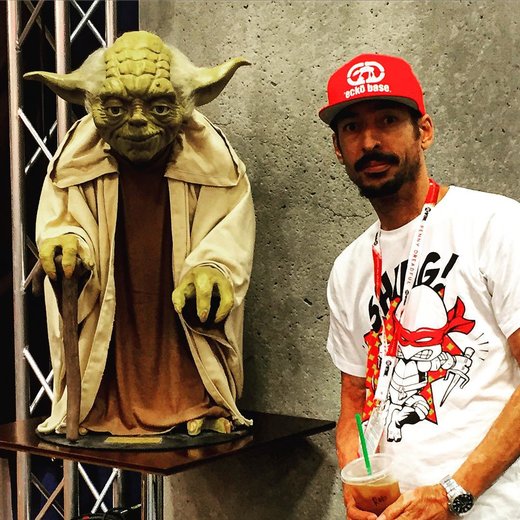 ROB: NOTHING!  But…in this hypothetical my ATAT figure that got burned in the house fire, but I never got around to replacing it.  In my current collection Boba Fett in Slave 1, also Gentle Giant's Yoda holiday edition piece. 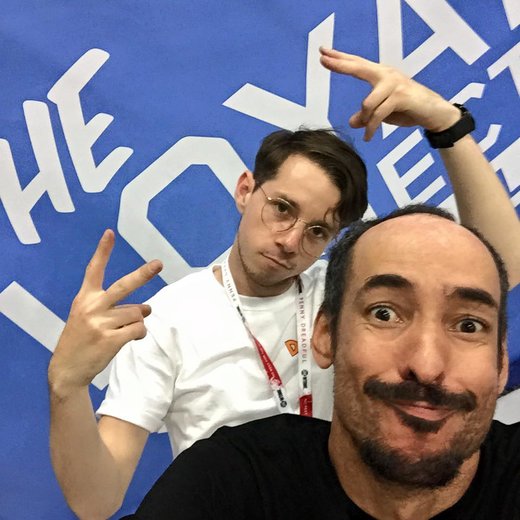 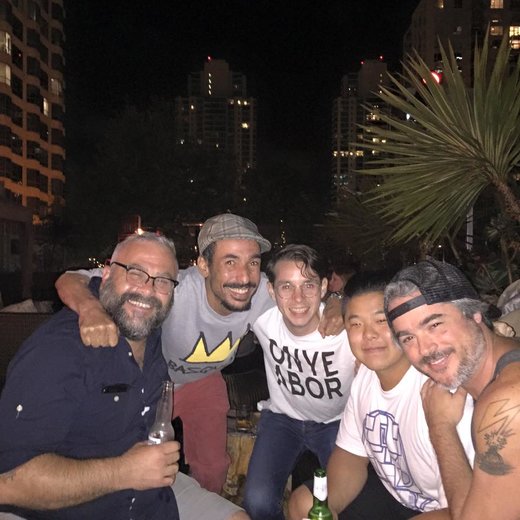 ROB: Discussing the culture.  I love the shared universe.  Sharing stories, engaging people, and growing up and being a geek—the first two albums I ever bought were Paid in Full by Eric B. & Rakim and Weird Al Yankovic in 3-D.  Those two albums defined my personality for the rest of my life.  It’s this bonding of elements and everything that gets me going.  I also love gaming, and the community involved with gaming—Warhammer, 40k, Magic the Gathering, Dungeons and Dragons and LARPING!  Let’s share and pretend together. 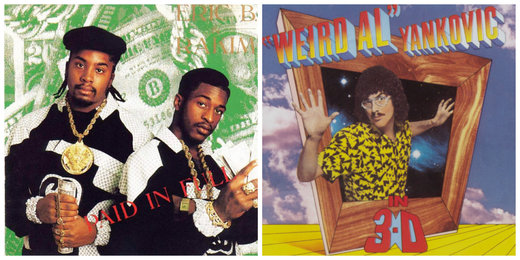 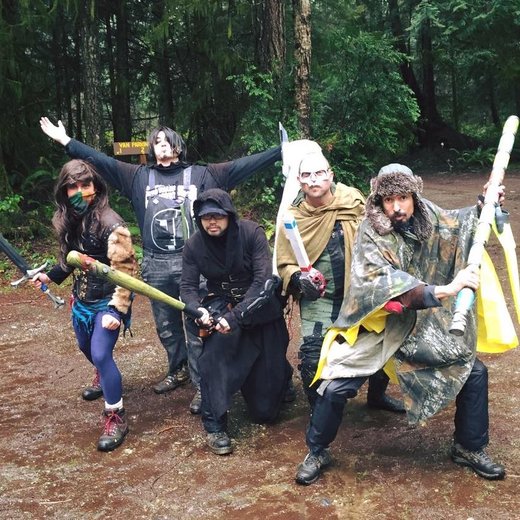 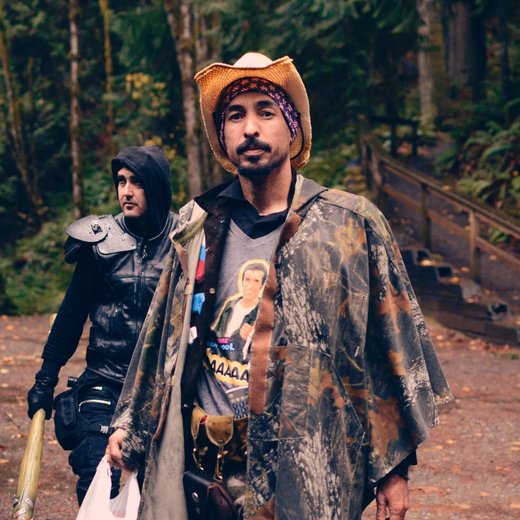 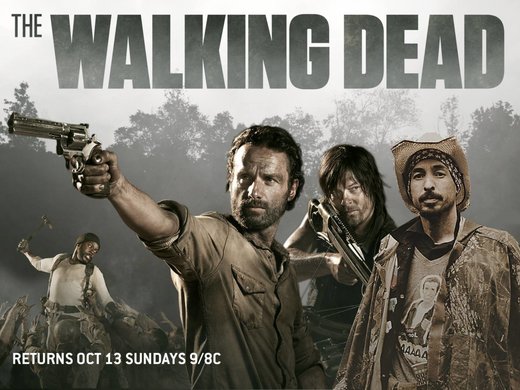 ROB: The Comic Bug – It’s a long standing great community nerd pillar with over 10 years in existence!  The game and comic community feed off each other. They do an awesome job bringing excellent things into the community—like a Justice League table read, gaming...you name it.

ROB: After I woke up from the Fire, Jonathan had somehow connected with my friend, and was part of the support group donating to my charity. What caught my eye was the Cobra No Joe shirt.  I love that shirt, and I had to have it.  After that shirt I found the website and saw all the awesome stuff TLS had in terms of figures.  My first TLS purchase was actually a mystery bags.  Got the Fire-Cat Bunny (seemed fitting), skate decks, Jazz shirt and after that I was hooked.  TLS absolutely nailed it with the Transformers products.  In between Wave 1-2.  Went all in after that.  First Transformers blind box pulled was SkyWarp too. No joke. 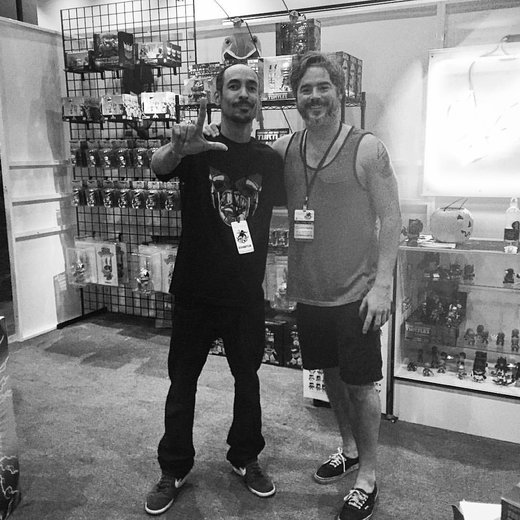 ROB: Without the knowing the company, the designs and execution, paint and work that goes into the detail are what I love.  All the small elemets.  My favorite piece still is Wheeljack.  I love it.  I still show people my who visit my place to this day.  The consistency and design all amazing.  Right now I look forward wave 2 GI Joe, but am truly still in love with wave 1.  Zartan was my first Gi Joe Wave 1 purchase.

ROB: Wheeljack by far.  I still show my friends to this day!  Because of the feature and details and about the design, and I also love all the Seekers.  I still don’t have the Rainmakers, but I LOOOOVE SEEKERS.  Also, shout out to TLS official!  Someone girl, who's name is escaping me helped me secure a Dirge figure for a fair price.  It’s an awesome group, and very inviting to everyone.  Such an amazing community!

THANK YOU Robert!  Also, if you can, we highly recommend checking out Rob's Bobafresh Mixtape!  The rhymes were put together as a charity project for when our friend was going through recovery.  Keep an eye out for new work dropping soon in the meantime!