Happy Friday!  Hope everyone had yet another fantastic week :-)

Welcome to Ch. 3 of our ongoing retailer appreciation highlights.  Today we're featuring another TLS Retailer that YOU NEED to know...RADAR TOYS!!!

The good people of Radar Toys have been long time proselytizers of TLS, and we couldn't be more stoked to have John, Richard and the entire Radar Toys team in our corner.  Please take a moment to familiarize yourselves with this dynamic group of collectible savvy champions of popular culture.  Here's what the folks had to say...

John Archetko: Radar Toys is a customer service focused shop first and foremost. It it is literally the pillar of what we do, as it's the reason that we built Radar Toys. Richard and I both came out of big box retail and we saw enough customer service nightmares to last a lifetime. We saw an opportunity to do something different and build something better online, so we went for it. We quit the big box retail gig, launched Radar, and picked up night shift jobs at a bowling alley. Back then, in 2009, it was Radar all day, and the bowling alley all night! It was certainly interesting times back then, laugh. But we persevered, worked hard, and just stayed focused on superior customer service and we haven't looked back since. Plus, now we're aces at bowling, chuckle. 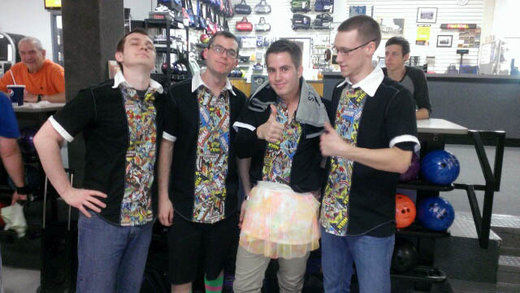 John Archetko: Since we're a retailer, our brand is essentially how we do business. There's lots of retailers that will carry the same products as us, so we constantly focus on creating a superior experience for our customers and collectors. That means service, speed, and price. And to be quite honest, I think most of it comes down to communication. When it comes to online shopping, I think people just want to know that you're really there, and that you're really willing to help them when there's an issue. That's why we preach customer service above all else. It doesn't really seem like rocket science to us, laugh, and it's definitely not hard to do. You just have to choose to be a pro-customer business. It's that simple. 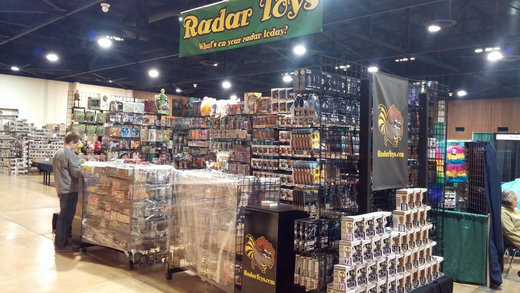 John Archetko: Oh man, I've been collecting various things my whole life, so you could say that I certainly have that love of collecting. I'm a solid 80's kid, so I grew up with the staples. G.I. Joe, Masters of the Universe, Transformers, etc. Richard is a few years behind me, so he's got major love for Power Rangers, TNMT, and anything Super Nintendo. We both have a passion for toys and pretty much all things either retro or just plain original. Also, I've got a longstanding love for the world of graffiti, which brought me into the world of urban vinyl figures a few years back.

John Archetko: Richard and I decided to put the brakes on actively collecting anything when we launched Radar back in 2009. We used our collections as the starting inventory for our shop, so we've kind of stuck to the mantra that we're out of the collecting game, so to speak, laugh. Now, we focus on securing the goodies for our customers, and there's actually great satisfaction in that. It seems to sustain our collector hunger, so to speak. I was heavy into Gundam figures back in the day, so it was more than a little painful to watch those go out one by one, laugh. I know Richard probably cringed every time we sold one of his DBZ figures, chuckle. But in the end, it was totally worth it.

John Archetko: The collecting community is a phenomenal place to be a part of. You meet some of the raddest people and get to see what their passionate about. That's part of the reason of why we love and support TLS. The TLS licenses and franchises are such an important part of people's childhoods, or their current fascination, and it's awesome to get to be a part of that process. We've been stoked on TLS stuff since day one, and there's nothing better than watching a customer light up and go nuts when they stumble on TLS stuff for the first time. It's great! Our hometown of Eugene, Oregon recently had its first Comic-Con and TLS stuff was hands down the most popular and talked about line of figures at our booth. It was awesome to see that reaction from the community. 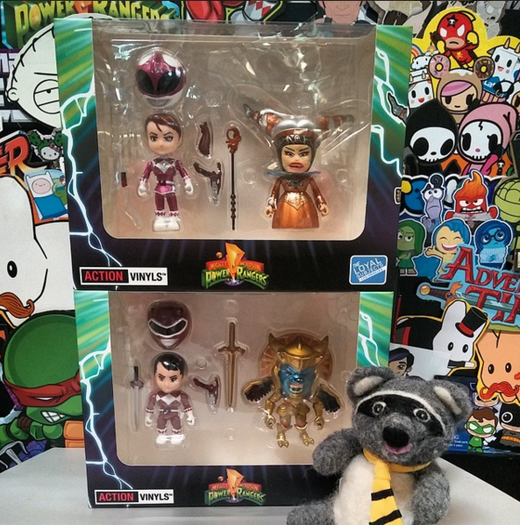 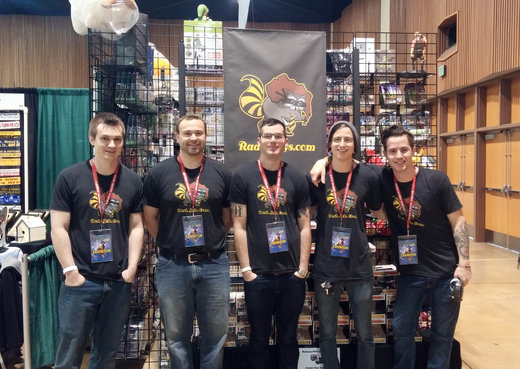 If you have a story to tell, we also encourage you to get in touch by emailing info@theloyalsubjects.com!  Trust that we'd love to hear it, and help spread the word!
#STAYLOYAL